When a high school student sits down with her or his parents to consider where to attend college, many considerations are in play. Some students look at the academic features and ratings of an institution, some look at residential life, and others look at first-year student retention rates. While these considerations are important, I suspect that the institution’s alumni participation rate as donors is considered more by prospective students than many institutions believe.

When my youngest daughter poured over the dozens of marketing pieces sent by colleges all over the country, she was convinced that most schools were going to have good academic programs. So, comparing schools on their academic merits would not make her choice any clearer and easier. Then, she examined a school’s residential life and social culture to determine if she could live there while attending classes. She had to look at other factors such as rural vs. urban settings, athletic and arts programs, social clubs, and local entertainment attractions. There were simply too many decision points. She had to come up with a method to compare colleges that she felt could differentiate them easier from each other.

In the end, she settled on two institutional statistics—the retention rates of first-year students and the alumni participation rates. If students came back for their second year in high or low numbers, then that told her plenty about how well the academic and social experiences were at the school. The alumni participation rates quantified how alumni value their overall college experience and how it set them up for success after graduating.

It is important to note that she looked at alumni participation rate and not total amount given. Some schools have wealthier alumni than others, so focusing only on dollars contributed can be unfair. However, looking at the percentage of alumni who contribute puts all institutions on the same playing field as similar-sized or types (private vs. public) of peer institutions.

Why You Should Strengthen Your Alumni Participation Rate?

There is a reason why the U.S. News & World Report includes an institution’s alumni participation rate as one of seven key ranking criteria for their annual college and university rankings. Stronger colleges and universities enjoy a deep and generous commitment by their alumni to their giving programs. Even though the alumni participation rate only has a five percent factor in the ranking, it is understood that most institutions with a high percentage of alumni who give each year also tend to have high rankings in their academic reputations, student retention and graduation rates, and financial resources—all factors also considered by the U.S. News & World Report when compiling their annual college and university rankings.

Alumni participation rates, along with college/university board giving, are also greatly considered by corporate and private foundations when they decide who will receive their precious annual grants. They feel that if the two external constituent groups closest to an institution are generous, then the school is worthy of their support. Conversely, if a school struggles to get a respectable percentage of their alumni and board members to give each year, corporations and foundations see that as a red flag for their grants consideration, and they will look at supporting one of the gazillion other proposals submitted by grant-seekers.

In general, alumni participation rates have been on a decades-long downslide. Eduventures recently published sobering news about alumni giving. In 2001, the average alumni giving rate was 13.8 percent. In 2013, that rate dropped to a minuscule 8.7 percent. The best performing college or university in 2014 was Princeton University which enjoyed a 62.5 percent alumni giving rate. Unfortunately, U.S. News and World Report reported that 250 institutions, mostly large public universities, have alumni giving rates below 5 percent.

Although most of the country’s colleges and universities have seen their alumni giving rates decrease in recent decades, schools can still raise their alumni participation rates by knowing what to do and then funding those initiatives. They can turn around this nasty trend.

So, how does a college or university reverse this trend and raise its alumni participation rate?

If you are interested in learning more about how market research and analysis from Stamats can help your institution make more informed strategy decisions that can raise your alumni participation rate, please contact us or view or research solutions to learn more. 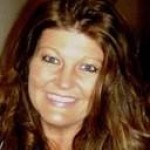 Sabra consults with clients on how best to achieve their goals by optimizing marketing, strategic communications, technology, and metrics. A proud member of the United States Army for 10 years, Sabra joined Stamats in 2003.