Huy Fong Foods is a hot sauce company based in Irwindale, California. It is named for a Taiwanese freighter, the Huey Fong, that carried founder David Tran and 3,317 other refugees out of Vietnam in December 1978.

Huy Fong Foods, based in California, is the producer of Sriracha hot sauce.

Of course, the hot sauce I am talking about is Sriracha[1], and I want to explain in a few short sentences what I call the Sriracha effect.

First, let’s take a look at the fourth bullet, above. Huy Fong does not spend anything on advertising. That’s right. Zero. Zip. Zilch. In an interview, David Tran said that his product was his advertising. In other words, he believed that if he spent his time developing a great product, it would sell itself.

Let me conclude by likely butchering a quote that I once heard. It’s a bit harsh, but I think there is one or more grains of truth there. Here goes:

In today’s marketplace there appears to be an inverse relationship between the amount of money spent on advertising and marketing and the efficacy (demand) of the product.

This means that advertising is often the first sign of a product failure. If this is true (and I think it is), three corollaries come to mind:[2]

I think there is a lesson there for us.

[1] By definition, Sriracha is a Thai hot sauce named after the city in which it was first made over 80 years ago, Si Racha, an eastern city on the coast of Thailand.

[2] These three corollaries were repeatedly demonstrated in the series of ads featuring Microsoft and Apple—“Hi, I’m a Mac”; “Hi, I’m a PC”—that ran in the 00s. The campaign ended in 2009 after a total of 66 ads. 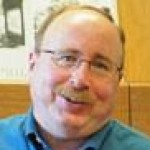