Home > Articles > The Importance of Ownership Once, while preparing for a seminar on strategic planning, I came across an article on why strategic plans and planning initiatives often fail. One of the primary reasons, it appears, is that the rank and file—the people responsible for implementation—are not committed to the plan. In other words, there is no sense of ownership.

Data and experience suggest that without ownership, everything takes longer, is more complicated, and generally stalls out.

People in a hurry forget this reality. People who are committed to execution remember.

Not convinced about the importance of ownership?

Let me ask you this question: When was the last time you took a rental car to the car wash, vacuumed an Airbnb, or cleaned the windows in your hotel room?

The odds are high the answer is “never.”

Because you don’t own the car, the Airbnb, or the hotel room. Without ownership, there is no pride.

I suspect that plan ownership matters more than most of us can ever imagine.

Encouragingly, building ownership in a strategic plan is not that difficult if you begin early and follow a few basic steps.

First, make sure the people responsible for executing the strategy or initiative are involved in its creation. A VP I worked for once told me, “If you don’t involve me in the takeoffs, I won’t be around for the crash landings.” Bingo.

Fourth, communicate often. People must see that progress is being made and will help persuade the fence-sitters that something important is happening.

Finally, celebrate wins. Change makes people nervous and even those who feel ownership need to have their commitment affirmed. One of the best ways to affirm change is to show people the accruing successes and the opportunities being realized.

One evening long ago my husband and I were having dinner at a local restaurant. At one point a member of the wait staff walked by with a tray full of dishes. As he breezed by a crumpled napkin fell to the floor.

During the next 10 minutes several other wait staff walked right by the napkin. Finally, an older guy walked by, saw the napkin, reached down, and picked it up. I motioned him over and mentioned how much we enjoyed our dinner. I then asked him how long he’d worked at the restaurant. He said he was the owner. Bingo again.

Read Next: Just Do It 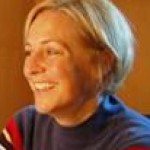